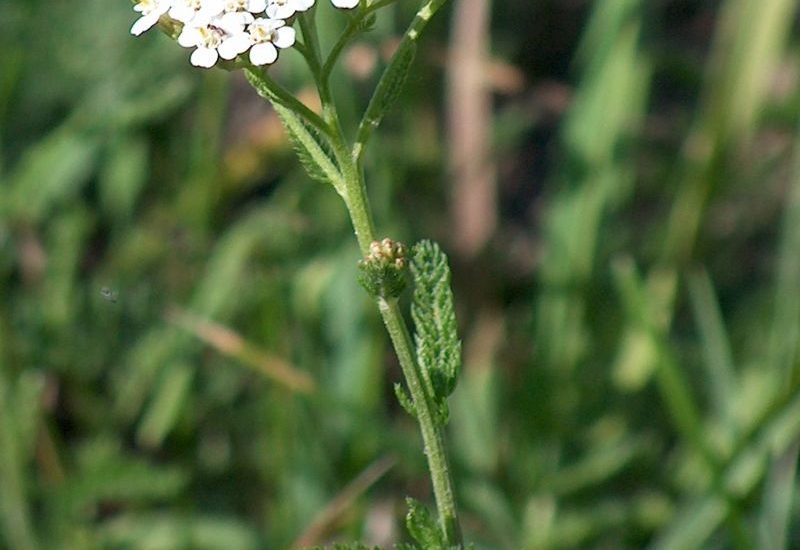 Achillea is a group of flowering plants in the family Asteraceae described as a genus by Linnaeus in 1753.

The genus was named after the Greek mythological character Achilles. According to legend, Achilles’ soldiers used yarrow to treat their wounds,hence some of its common names such as allheal and bloodwort.

The genus is native primarily to Europe, temperate areas of Asia, and North America. The common name “yarrow” is usually applied to Achillea millefolium,but may also be used for other species within the genus.

These plants typically have frilly, hairy, aromatic leaves. The plants show large, flat clusters of small flowers at the top of the stem. The flowers can be white, yellow, orange, pink or red and are generally visited by many insects, and are thus characterised by a generalised pollination system.
Achillea species are used as food plants by the larvae of some Lepidoptera species